I was beaten down, I was massively depressed and I couldn’t talk without crying all the time. Thankfully, I don’t have those thoughts now, and it’s because of the support and funding that the Police Care UK has provided and I’ll be forever grateful.

I’d always dreamed of being a police officer since I was a child. I did work experience as a teenager and had tried to get in for more than fifteen years. And I was loving every minute of it.

In 2009 I was working at Hull Fair, Europe’s largest annual travelling fair. It’s a major event in the policing schedule and everyone pulls together to ensure a real family vibe. That’s why a male carrying alcohol caught my intention and so I went over. He was clearly intoxicated and became argumentative and abusive. After giving him a couple of chances to leave, a colleague and I eventually decided to arrest him. He struggled as I got hold of his arm and I ended up stumbling and being thrown backwards, landing on top of some metal railings.

When I got up I thought I was just winded and didn’t think anything of it at the time, but after that, I started suffering from a lot of neck and shoulder pain.  Over the next seven years, I suffered from constant pain. I had physiotherapy that wasn’t working. I would complain of feeling ill and having hip and knee pain. Then the chronic pain syndrome began. One day I’d be absolutely full of beans, the next I couldn’t walk.

Chronic fatigue set in and I was constantly up and down with depression. I was constantly put on action plans at work and told I needed to improve my attendance. I’d just get myself back on my feet in a nice place in a new team and I’d just start feeling better again, and then I’d be moved. There were a couple of times I even contemplated suicide. I thought my life was over.In June 2016 I eventually had the MRI scan and was referred to a neurosurgeon.  In April 2017 I was diagnosed with a bulging disc that was compressing my spinal cord. Occupational health told me I didn’t need to come back to work.

I was devastated. I’d tried to get into the police for 15 years. I’d even done my work experience with the police when I was 15. I thought, where’s my life gone? And more importantly, what do I do now?

I’d never heard about Police Care UK, but my solicitor told me to register. That’s when I found out about the retraining support available for people like me. I had to look for something where I could be self-employed. My injury and chronic pain syndrome can make me unreliable so I needed to be able to choose when I work. I’d fitted hair extensions and done a hairdressing course previously, so that’s what I decided to, focussing on hair loss. 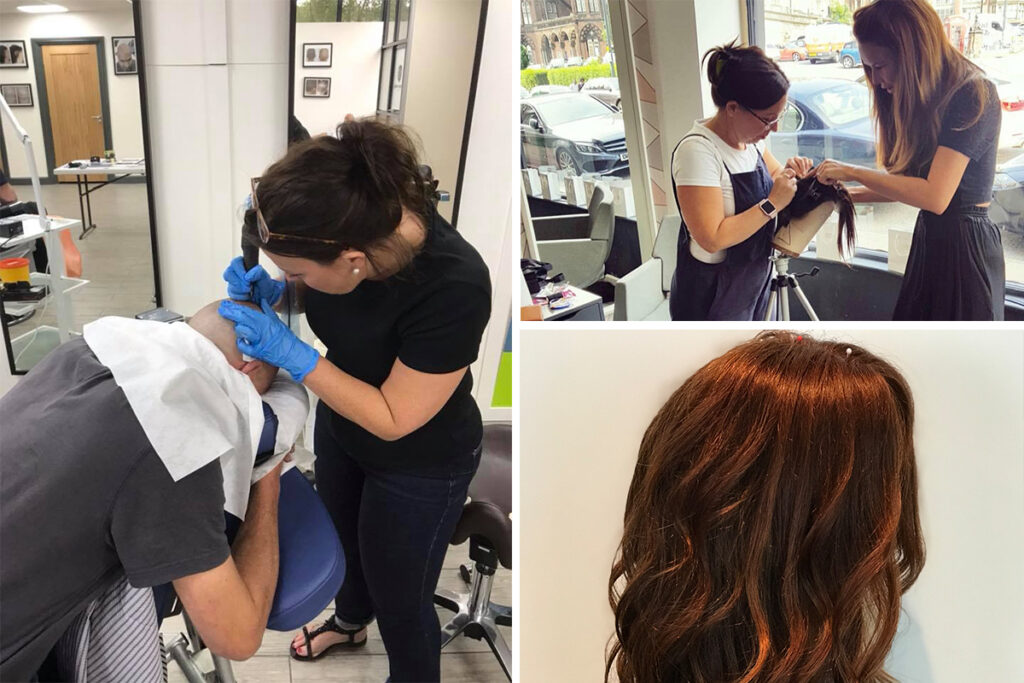 Thanks to a retraining grant from the Police Care UK, I’ve started my own business making wigs, integrated hair pieces, and providing micro pigmentation – a treatment for men and women that have little, or no, hair. I’ve begun to get noticed for my work and I’ve been contacted by two salons that do a lot of work with cancer patients. They’re interested in seeing how we can work together and I’ve also voluntarily made wigs for a local cancer charity to put into their cancer wig bank.

When Police Care UK said they could help me, I felt like I’d won the lottery. I suddenly stopped taking my medication. I didn’t need antidepressants because I thought I’m actually going to have some sort of direction. I work with some lovely people and I’m able to help people again.

Leon and Sarah, two people who are doing something truly amazing

Leon was one of the first on-scene at the MEN arena, running against a tide of people fleeing for safety as he headed towards the carnage.For weeks, he tried to carry on as normal, but the psychological trauma became a blanket that tried smother him, consume him, and drag him into the darkness.

I am Anna Palfrey, a detective in Thames Valley Police. In September 2018 my partner Tom Dorman was hit by a car whilst on duty and, as a result of his injury, lost his leg below the knee.