Denis Gunn talks candidly about losing his son, Richard, on the front line of policing

I had experienced a close family death previously when my father died, aged 60, but nothing could have prepared me for the trauma of losing a child. I’ll always remember the words spoken when first told of Richard’s death but the next few months passed in a total blur and, even now, I sometimes wonder how I got through them. 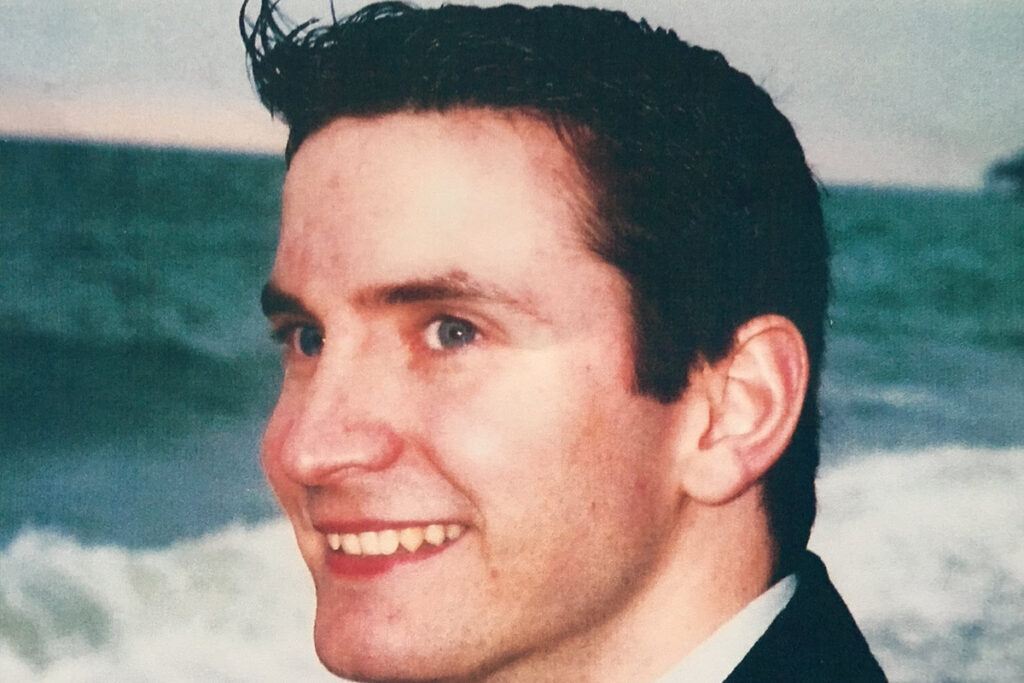 Occasionally I’d make the mistake of thinking “Why me ?” but the reality was “Why Richard ?”. He was full of life and loved his job. He was just 7 weeks short of marrying his fiancée Laura, with whom he lived. He was so modest and never spoke of the things he’d done well just those he hadn’t. It was only after his death that I learned from his colleagues how much he was liked and respected and how he’d regularly have his friends in fits of laughter.

I’d spent my life working in I.T. but now nothing seemed important so I took early retirement. I later tried a short-term contract but I was not the same person I had been previously and I felt I had to walk away.

In losing Richard it became very important to me that he should not be forgotten and that his name was kept alive. I started researching my family tree so that Richard had a place in history. With the co-operation of Surrey Police I was able to instigate an annual award in his name. Then, in May 2014, litter ‘G’ was born to Tia, one of Surrey’s Police Dogs, and I was overjoyed when asked if one of the puppies could be named ‘Gunny’ in memory of Richard. Next year, I shall host an evening “Remembering Richard” and use the opportunity to raise funds for police charities.

I also felt a real need to make something positive come from such a tragedy so, in 2005, I volunteered for ‘Care of Police Survivors’ and now, as COPS National President, whenever I speak about the charity I try to mention Richard. In 2011 I was invited to become a trustee with The Police Roll of Honour Trust and accepted the role “for Richard”.

It has been a very difficult 14 years. I know Richard would want me to live my life to the full but I think of him every day. I miss him more than ever and find it more and more difficult to visit the place where he died so now, on the anniversary of his death and on his birthday in June, I visit places where we shared happy times together. I try to remember his voice, his laughter and his amazing wit. He was a wonderful son of whom I’ll always be extremely proud.

I felt like I had my life and dignity back. Now I’m able to look after myself properly again and that’s the most important thing.