Lesley Dodds talks to us about her passion for volunteering as well as her career in the police and private sector.

I decided to join Police Care UK as an Ambassador after a somewhat diverse career working within the police, and later helping to steer projects for children and adults in the private sector. I knew the position was the right role for me when I saw it advertised and jumped at the chance to make a difference.

I have now been an Ambassador for nearly two years and, in that time, I have given presentations to the Scottish Police College and serving officers / special constables at various offices throughout the west of Scotland. I’ve also attended wellbeing events and kept in touch with our colleagues at the Scottish Treatment Centre in Auchterarder.

I was born and raised in the East End of Glasgow and attribute my strong work ethic to my parents and siblings. I can’t say I noticed it at the time, but the East End was seen as a particularly difficult place to grow up. Going back there to give presentations was like stepping back in time.

I spent my early working years in a bank before eventually applying to Stirling and Clackmannanshire Police in late 1973 and originally being stationed at Falkirk. I was later transferred to Grangemouth where I met my future husband Stuart. As we were not permitted to be in the same station, I was transferred to Stirling to take up a position within the Juvenile and Crime Prevention Unit. I stayed there until I had my eldest child before taking a seven-year break. 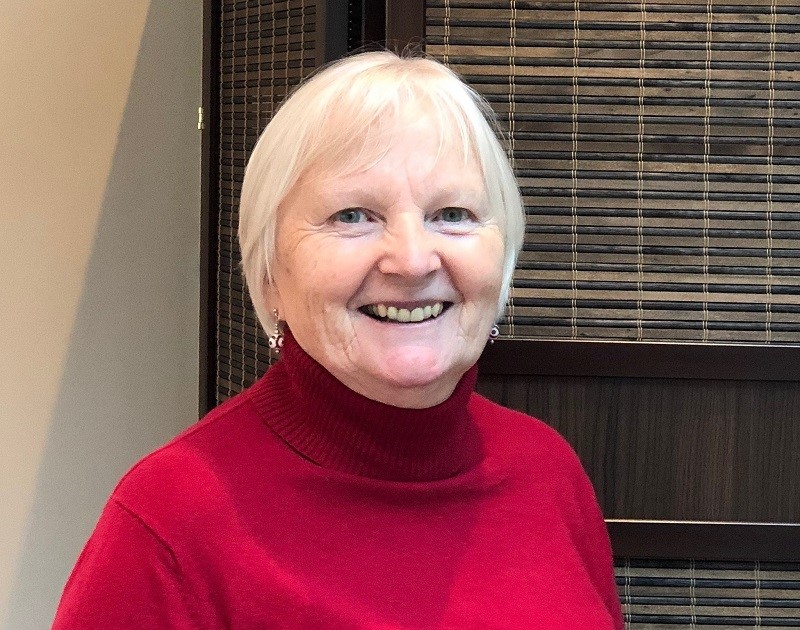 After returning to work and spending two years as a police officer, I decided to change direction and was accepted at the University of Stirling studying Education, Sociology and Social Policy. It took four years of hard studying, but I came out with a BA.

I managed to secure a post within a Secondary Support Unit working with children out of education. I loved the job and was eventually asked by my previous manager to join her in a new project working with children and adults within the private sector. This was an alien concept for one who was steeped in local authority positions. I took the risk and joined the project as an Education Worker. I was promoted several times and ended my career with them as Area Deputy Manager for the West of Scotland.

Throughout my various guises within the job sector I have worked with some amazing people, both at employee and manager level who have guided, trained, encouraged and supported me in all my endeavors.

Both my husband and I valued the time we spent as officers and remain committed to our voluntary work. I have always been a great advocate for the voluntary sector. My husband and I are committed to helping within our local community, whether that is lending a hand at the local school or supporting various community projects.

This post has offered me the opportunity to talk to new recruits, serving officers and staff and has given me an overall view of what it is like to police in the modern era within a Scottish context of one force and all the challenges that brings.

Volunteering with Police Care UK is giving me the opportunity to meet different people and make new friends; It certainly keeps me busy and is great fun.

I was always told that it only takes one person to improve things. If you are reading this maybe it’s you.

When you loved being a police officer like I did, being forced to leave the job is like having your legs chopped from underneath you.

I was beaten down, I was massively depressed and I couldn’t talk without crying all the time. Thankfully, I don’t have those thoughts now, and it’s because of the support and funding that the Police Care UK has provided and I’ll be forever grateful.